Started in Dubai, United Arab Emirates in September 2014, with the exclusive exhibition tour of the senior professional team previously in August, BASICBALL ACADEMY is based on the unique experience of the legendary player ZORAN SAVIC with the presence of âSpecial Guest Starsâ from the NBA & the Euroleague!

Form better players… to create better persons. This is the mission of BASICBALL Academy, the international sports school born to provide to boys and girls the best sports experience. Helping them to develop in physical and technical skills, selfconfidence, working attitude, team-spirit and discipline. Because talent is a natural gift, but itâs necessary a complete âworkoutâ to make it develop in the best way possible to become complete players. And this is the truly law in sports, as well as in life. This is what we will offer you, at the highest professional level, on and off the court. Our technical staff will lead them to the unique experience to meet the best basketball players and head coaches of the NBA and of the Euroleague. Hopefully our athletes will reach the same top level or maybe not, but we want them to learn by their life example and become better persons. From September to June, 10 months of basketball school, more the exclusive âProâ Camp in July, to experience the top level of basketball, at the presence of Special Guest Stars! Our Academy offers services for all the kids from 6 to 25 years in different programs, with games and tournaments. This is the dream of basketball to us. This is BASICBALL Academy, where sports teach life.

BASICBALL Academy has been founded by ZORAN SAVIC, the legendary basketball player who achieved the top record all-time for winning percentage: all along his 15 year-career he won 21 National and International Finals out of 23 played, for the historical and unreachable record of 91,3%! He was a rare champion in all the best teams of Europe where he played: Jugoplastika Split, FC Barcelona, PAOK Thessaloniki, Real Madrid, Virtus Bologna, Efes Istanbul and Fortitudo Bologna. And he also was one of the greatest players all-time of the ex-Yugoslavia National Team. He became one of the most valued General Manager of Europe with Fortitudo Bologna and FC Barcelona. Afterwards he started a new career as FIBA Agent and founder of INVICTUS Sports Group, representing some of the most important basketball head coaches and players worldwide. He started organizing professional camps in 2014 in the United States of America, offering to the best player participating a contract in Europe, as well as in Italy. Finally, he wanted to follow his attitude to develop a new project completely dedicated to kids and young players, choosing Dubai (UAE) and the Middle East to start, BASICBALL Academy.

Founded by Zoran Savic, BASICBALL Academy is much more than a sports school. The idea of at the basis was to create a perfect mix between making the experience of sports at the highest level, learning on the field working with qualified and selected European coaches and instructors, and also meeting the greatest champions coming from the Euroleague and the NBA. The company behind all of this was modeled precisely according to this idea, with Zoran Savic at the head â he wasnât only one of the greatest European players all-time, but also one of the most respected General Manager in Europe, and then a professional FIBA Agent, constantly increasing the network of relationships he developed over the years worldwide. Thus, the Sports Area Director Dejan Kamenjasevic, who coached the senior team in the first official meeting in Dubai in August, the Business Development Manager Miso Pancetovic and the Communications Director Michele Forino will assist him to guide BASICBALL Academy with the purpose to become a model for the international sports schools at the highest level, leading a staff of qualified collaborators, coaches and istructors.

BASICBALL Academy will count on the very strong connections to Europe and overseas already established by Zoran Savic not only through his professional playing career, but also through the activity of INVICTUS Sports Group, the sports management agency that he founded in 2010 and that in just few years has already become a landmark for international basketball. The agency represents legendary head coaches like XAVI PASCUAL, who has already won everything in Europe with FC Barcelona, including the Euroleague title as Best Coach, but also BOZIDAR MALJKOVIC, who won four Euroleague titles with three different clubs (Jugoplastika Split, Limoges and Panathinaikos Athens), ZAN TABAK who won three Euroleague titles more the NBA title as a player before becoming an Euroleague coach, now Assistant at Real Madrid, and the rising star DARKO RAJAKOVIC, Assistant Coach of the NBA Oklahoma City Thunder, as well as SITO ALONSO. And players like MILAN MACVAN of Partizan Belgrade, known as âthe future Zoran Savicâ for his winning attitude, the veteran ROGER GRIMAU, the rising stars DEJAN TODOROVIC, ZORAN NIKOLIC, MICHAL MICHALAK and many others.

We are pleased to introduce you the Special Guest Stars that will follow BASICBALL Academy through its first steps moved in Dubai to the development of a very ambitious, powerful, exciting project. They will periodically follow the daily activity of the Academy both in Dubai as well as in Abu Dhabi and then in the other locations that will be added. These Special Guests Stars â and many others, step by step, coming directly from the NBA and the Euroleague! â will follow BASICBALL Academy during each season, consisting in 10 months of basketball school from September to June, more the exclusive âProâ Camp in July. Their names? Just to introduce you… PEJA STOJAKOVIC, VLADE DIVAC, BOZIDAR MALJKOVIC, XAVI PASCUAL, ZAN TABAK, DARKO RAJAKOVIC. Practically, the Elite of the worldwide basketball at all, including NBA Champions as well as Euroleague Champions! And this will be Just the beginning of the best sports opportunity created for young kids, to develop their talent and… live their daydream! Which else could do it? Only one, BASICBALL Academy. The best sports experience in life, surrounded by the greatest champions! 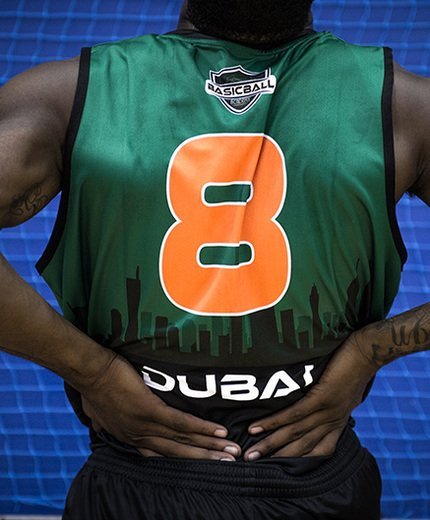