as they went through drills at different stations before taking on Rubio and Stojakovic in a shooting competition at the end. 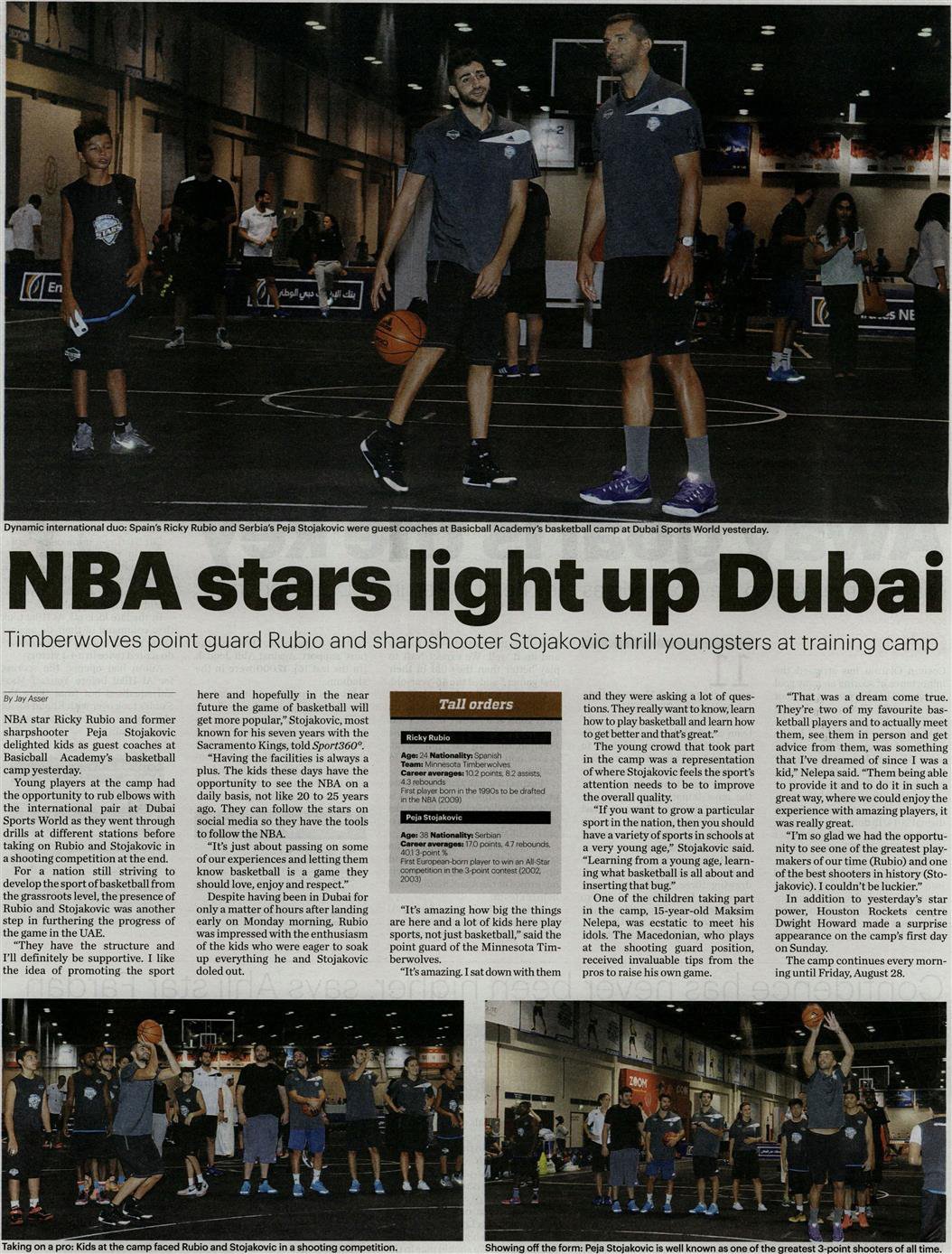